Indiana, PA (April 22) – First Commonwealth Bank has recently hired Joseph Abraham and Andy Mallery to Corporate Banker positions. In this capacity, both will be responsible for business development and portfolio management. Also, both will be based out of First Commonwealth’s downtown Pittsburgh office in the Union Trust Building. 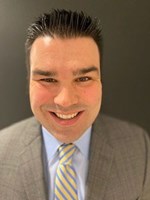 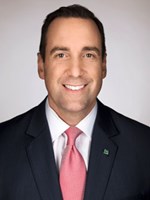 “Both Joseph and Andy bring a wealth of relationship banking experience and a strong track record of performance to our middle market corporate banking team,” offered Greg Steve, Corporate Banking Group Manager in Pittsburgh.  “These two hires support our continued growth and investment on being the ‘best bank for business’ in the Pittsburgh region.”

Joseph joins First Commonwealth Bank after serving the past nearly seven years in a similar role with Citizens Bank, and before that served in various capacities at HSBC, Paychex and PNC Bank. He is a Penn State University graduate with a Bachelor of Science degree in Economics. He resides in Shadyside with his wife and son.

Andy joins First Commonwealth Bank after a more than ten-year career at Citizens Bank in various business banking roles. Also formerly serving in the 509th Infantry Regiment of the United States Army, Andy is a University of Pittsburgh graduate with a Bachelor of Science degree in Business Management and a minor in Marketing. He resides in Seven Fields with his wife, son and daughter.