Indiana, PA (July 1, 2021) – First Commonwealth Bank has named Vicki L. Fox to the position of Diversity and Inclusion (D&I) Officer.  Vicki will be based out of First Commonwealth’s office at the Union Trust Building in Downtown Pittsburgh. 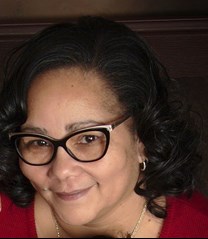 “In this new role, Vicki will bring thoughtful and focused leadership to furthering First Commonwealth’s D&I work by identifying and mentoring diverse talent, keeping bank leaders abreast of emerging D&I issues, and evolving our D&I practices,” offered First Commonwealth CEO Mike Price.  “I am thrilled that Vicki accepted the opportunity to lead us forward in this new role, and I expect our progress to accelerate in the D&I space under her direction.”

Vicki has held passionate, strong family ties to the development of black business creation, as well as, the Civil Rights Movement throughout Pittsburgh’s history.  In the 1920s, Vicki’s maternal grandfather, William A. “Woogie” Harris, was instrumental in helping bring businesses to the African American Hill District of Pittsburgh.  Harris led efforts with a focus on fostering wealth and goodwill so these businesses and workers could emerge as a caring, philanthropic part of the community.  More recent family ties are with Vicki’s stepmother, Alma Speed Fox, a longtime activist for human and civil rights in Pittsburgh and former president of the NAACP's Pittsburgh chapter. Alma Fox has been called the mother of the Civil Rights Movement in Pittsburgh, protesting and marching for equal rights for more than 80 years.

“It was a milestone career moment for me when (CEO) Mike Price approached me about the opportunity to lead our D&I efforts,” Vicki offered.  “The focus on D&I progress that First Commonwealth has started under his leadership is a reflection of a company that is serious about making a difference for minority employees and customers and within diverse communities. We know there is room for growth there, and it’s something that I have a vision for and cannot wait to be a part of.”

Vicki most recently served as the head of First Commonwealth’s Human Resources Staffing and Employee Relations team.  She joined First Commonwealth as a result of the BankPittsburgh acquisition in 2003.  During her banking career, Vicki has progressed through various retail and HR roles.  She has also served on the Financial Services Industry Partnership, Priority Setting Committee and as their Retention & Upskilling Committee Chair for Partners4Work.  Vicki also was instrumental in establishing strong connections with the fledgling BankWork$ program in Pittsburgh.  Vicki and her partner, Herman Robinson, reside in the Morningside section of Pittsburgh.