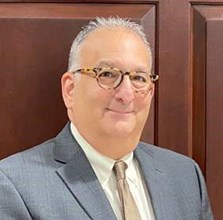 “We are excited to welcome Ben to the First Commonwealth team and back to his hometown of Pittsburgh,” stated Adam Dick, Financial Solutions Leader for the Pittsburgh Metro Region. “He has a strong track record of award-winning performance in banking, and I look forward to the leadership he will bring to our Waterfront team.”

In his role as the manager of the Waterfront office, Ben leads the efforts in building new customer relationships and expanding current relationships to support customer needs with business and personal banking, wealth, insurance and trust services.

Ben is a Moon High School graduate and also served in the United States Air Force. He resides in Gibsonia with his wife, Betty, and two dogs, Annabelle and Lucy. Ben enjoys collecting and listening to record albums.