Indiana, PA (August 29) – First Commonwealth Bank recently named Adam Dick, Senior Vice President, as the Financial Solutions Market Leader for the Allegheny North market. In this role, Adam will focus on executing the bank’s consumer and small business growth strategies at the 19 branches in the market. 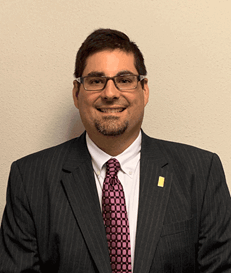 Adam joins First Commonwealth after nearly two decades of award-winning service in the retail banking, industry. Most recently Adam worked for Key Bank/First Niagara as a Senior Area Manager, where he received leadership recognitions and his markets consistently were top producing. He also had a previous tenure at Wells Fargo as a branch manager, where his branch was named the Pittsburgh district’s “Branch of the Year” for three consecutive years.

Joe Culos, Executive Vice President and Financial Solutions Leader for First Commonwealth, spoke of Adam’s appointment to the position. “Adam’s extensive knowledge of the Allegheny County marketplace, passion for consumer lending and history delivering strong results are exemplary. He will fit very well into our team serving this region.”

Adam is an alumnus of Slippery Rock University where he graduated with his Bachelor’s Degree of Business Administration and Finance. He also graduated with honors in 2015 from the prestigious Consumer Bankers Association-CBA Executive School of Retail Banking.

Adam, his wife, Tiffany, and their children, Rylee, Evan and Hanna live in Cranberry Township. He will be based out First Commonwealth’s Business Office in Wexford.