Cincinnati, OH (December 6)
– If you’re wondering why you may be seeing red scarves popping up in Downtown Cincinnati, it’s an effort by the region’s newest community bank to share the warmth as the temperatures drop.

Normally seeing red in the financial industry is not considered a positive, however team members of First Commonwealth’s Garfield office (25 Garfield Place) have been busy tying scarves to parking meters and light poles in and around Piatt Park for some of the city’s neediest residents.

“First Commonwealth has already distributed nearly 100 scarves, and will continue to place more out in the community as they are used,” said David Folkwein, First Commonwealth’s Regional President for the Cincinnati market. “We have heard directly from officers with the Cincinnati Police Department who have noticed them and taken the time to thank our employees for their efforts. As residents in the area see more of Bailey and the Snowman in our ‘Share the Warmth’ campaign, we want them to know it’s not simply a saying, it’s a culture of giving here at First Commonwealth,” Folkwein added.

In addition to participation in holiday parades, light up nights and festivals, First Commonwealth has also made financial and clothing donations to a variety of charitable efforts including, the Woodlands of Middletown, Freestore Foodbank and Bethany House Services Shelter throughout the Cincinnati region. 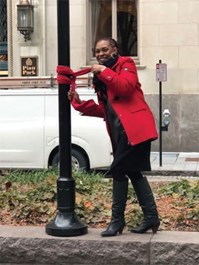 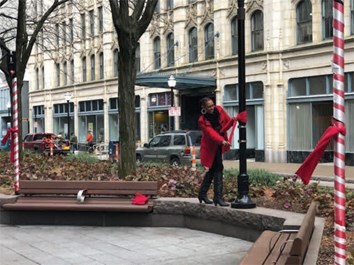 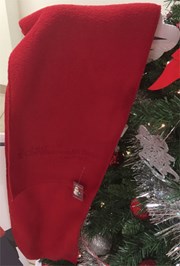