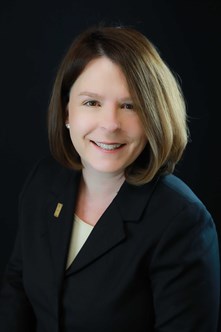 The Chamber Board, which includes more than 20 area business leaders and owners, meets monthly to discuss updates and impact to the county’s business community.

In the position, Riggle looks forward to collaborating with other area Indiana County leaders to help identify opportunities and make decisions that will drive the County’s progress forward.

“It’s an honor to be elected onto a Board where I’ll serve alongside so many respected business leaders with the shared vision of growth and development for our Indiana County communities,” Riggle said. “Given the recent Urban Outfitters news and the many other economic and workforce developments the Chamber has helped make possible, it’s a very exciting time to become more involved.”

Riggle has been part of the executive leadership team at First Commonwealth Bank since 2012. She’s moved up through various roles at the bank over the past 27 years, and is based out of the headquarters building at the old Indiana County Courthouse at 601 Philadelphia Street.