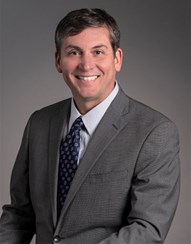 Simkonis joins First Commonwealth Bank from Huntington Bank, in the positions of Vice President of Government Banking and as a Middle Market Relationship Manager. Prior to that, he served Fifth Third Bank as a Vice President Commercial Relationship Manager. He has also served in a managerial position with Nextel Communications, as an educator at Northern Kentucky University and in several county government roles.

Simkonis holds both a Master’s and Bachelor’s Degree in Public Administration from Northern Kentucky University.