Announcing Andi Kaufman as Manager of Our Westmont office

Indiana, PA (September 28, 2022) – Andi Kaufman has recently been named manager at First Commonwealth Bank’s Westmont office, located at 1541 Menoher Boulevard, Johnstown, PA 15905. Andi assumes the manager role after most recently serving in a similar role with First National Bank. Before that, she served in culinary roles at Tomahawk Deli & Grill in Davidsville and at Walt Disney World. 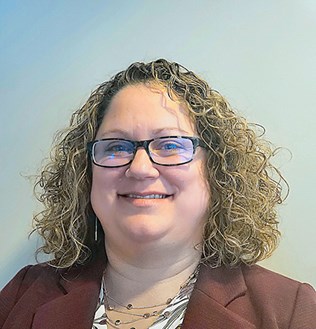 “Andi is a strong banking leader, who excels at assisting both personal and business banking customers” stated Jennifer Wiedeburg, Financial Solutions Area Manager for Cambria & Somerset Counties. “I’m excited to have her join and lead our team in Westmont.”

In her role as manager of the Westmont office, Andi will lead the effort in building new customer relationships and expanding current relationships to support customer needs in full-service banking, wealth, insurance and trust services.

“I have heard a lot of great things about First Commonwealth Bank and its tradition in the region,” said Kaufman. “I look forward to serving the personal and business banking customers of Westmont and surrounding area.”

Andi resides in Davidsville with her husband and two daughters. She has a degree in Culinary Arts from the Pennsylvania Institute of Culinary Arts. In her spare time, Andi enjoys cooking for friends and family and especially loves baking with her kids.