Indiana, PA (November 10) – Steven Pincus has recently been named Branch Manager at First Commonwealth Bank’s Ligonier branch, located at 1506 Route 30 Ligonier, PA 15658.  Steven is joining First Commonwealth from a national bank, where he served as a branch manager and previously as a financial sales consultant. 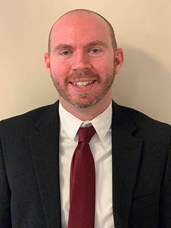 “We are excited to welcome Steven to First Commonwealth Bank, and we look forward to assisting the community’s small business and personal customers with their banking needs,” stated Community PA West Market Leader Dan Wagner.  “His years of banking experience will be a great asset to the Ligonier Valley and surrounding communities,” Wagner added.

In his role as the Manager of the bank branch in Ligonier, Steven leads the efforts in building new customer relationships and expanding current relationships to support customer needs in full-service banking, wealth, insurance and trust services.

“I’m really looking forward to getting to know our customers in the community and serving their business and personal banking needs,” Pincus said.  “With First Commonwealth being recognized this year by Forbes as one of the World’s Best Banks and as the second best bank in PA, in addition to their recent digital banking upgrades, this is a tremendous opportunity,” he added.

Steven resides in Monroeville.  He attended the University of South Dakota and also has his Nationwide Mortgage Licensing System (NMLS) and Notary Public licenses.