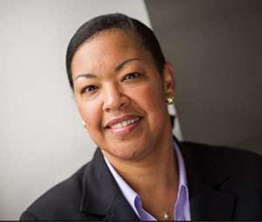 Shelly joins First Commonwealth after more than two decades of service at PNC, most recently as a Customer Care Center Group Lead for several teams covering Consumer and Business Service and Business Banking Sales and Lending. Additionally, Shelly served for two years as the Executive Director of the Urban Youth Action in Pittsburgh and also served in the military as a Captain, Logistics and Readiness Officer with the United States Air Force.

Joe Culos, Executive Vice President and Financial Solutions leader for First Commonwealth spoke of Shelly’s appointment to the position. “Shelly has been brought on to help lead us forward in our ongoing commitment to being operationally sound, efficient and effective in our delivery. With her tremendous track record both in banking and in service to our country with the United States Air Force, First Commonwealth is ecstatic to have Shelly join our team.”

Shelly resides in Sewickley. She has a daughter, Brianne. Shelly has her bachelor’s degree in Journalism, Marketing and Advertising from Temple University and a master’s degree in Human Resource Management from Golden Gate University.