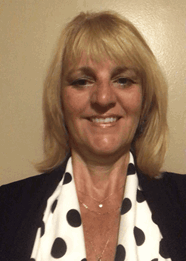 Linda has been with First Commonwealth Bank since 2011. Prior to joining First Commonwealth, Linda oversaw the compliance and internal audit programs for a Pittsburgh-based savings association. Linda began her banking career as an examiner with the Office of the Comptroller of Currency.

“As Chief Compliance Officer, Linda has created a strong compliance program and culture that has served as the foundation for our success as a company,” said Matthew C. Tomb, Chief Risk Officer and General Counsel. “Linda and her capable team have played an integral role in every strategic initiative over the past eight years, including a core system conversion, the launch of new mortgage and SBA businesses and five acquisitions. In her expanded role, I am confident that Linda will continue to strengthen and evolve our enterprise risk management program to support First Commonwealth’s continued growth.”

Linda is based out of First Commonwealth’s Wexford office. She is involved in several organizations supporting the growth and development of young women in sports and supports the Arthritis Foundation and American Cancer Society. She resides in Richland Township, Allegheny County with her husband Edward and daughter Sarah.