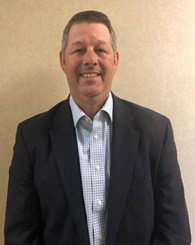 Greg joins First Commonwealth Bank with more than 25 years of experience in the financial services industry with tenures at Wells Fargo, Huntington, Huron Capital Partners, National City and PNC. Over that time, Greg has developed a deep network of local relationships and has established himself as a leader in the Pittsburgh corporate banking market.

Greg will be based out of First Commonwealth Bank’s office in the Frick Building at 437 Grant Street in downtown Pittsburgh, before the entire office moves to its new space in the Union Trust Building at 501 Grant Street, later this month. He holds a dual Bachelor’s Degree of Accounting and Finance from Indiana University of Pennsylvania (IUP) and a Masters of Business Administration from the University of Pittsburgh’s Katz Gradate School. Greg is very active in the community and currently serves on the Board of Directors for the Foundation for IUP and Catholic Charities Diocese of Pittsburgh. Greg and his wife, Gina have 4 children, Thomas, Ally, Jack & Sara and reside in Upper St. Clair.