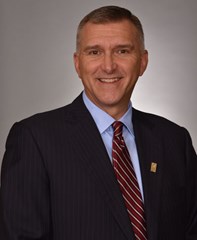 Yankovich joins First Commonwealth Bank with more than two decades of experience in the Central Ohio market as a leader in building business relationships and offering unique problem solving capabilities to increase operational improvements. He most recently served in the mortgage industry as both Chief Executive Officer of CBCS and as Chief Financial Officer of CBC Companies. He was also known as an industry leader during his tenure as a partner with Deloitte, McLain, Hill, Rugg & Associates and also at Clarus Partners.

Frank will be based out of the Columbus Business Center at 200 Civic Center Drive, Columbus, OH 43215. First Commonwealth Bank currently has 16 retail offices in Central Ohio.

Yankovich holds an Accounting degree from the Bethany College.